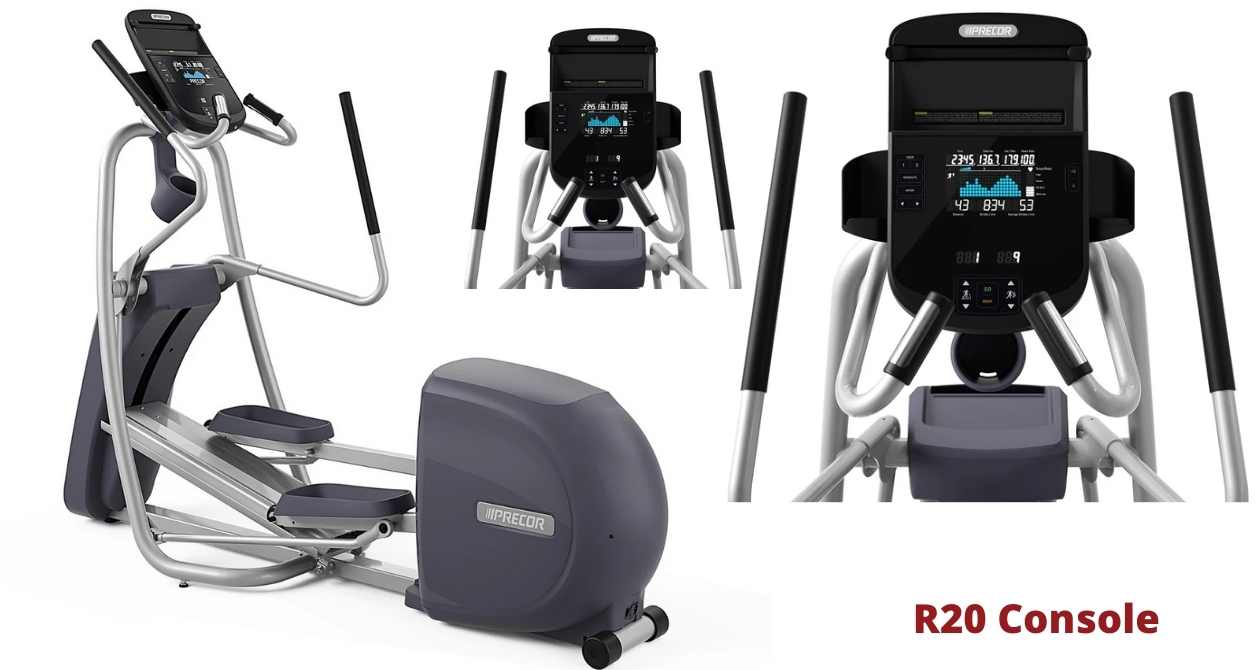 Ellipticals can provide a source of workouts for a great variety of people. Those looking to get some exercise as the winter descends on the northern hemisphere, those who are looking to workout with less pain in their joints, and those who just want to vary it up from their normal exercise habits. In general, they offer a nice alternative to many other exercise machines.

As they have such benefits, many exercise machine companies have decided to invest in making personal (or at-home) versions of these pieces of equipment. Precor is one such company, making many different series of ellipticals to suit all different levels. They’ve got models at the higher end of the quality (and price) spectrum, as well as lower ones. But they’ve also got those in the middle range.

The Precor EFX 427 elliptical cross trainer falls right into that category. It isn’t as expensive as those found in the 600 series or above, but also not quite as cheap as those in the 200 series. We’re going to look at the other elements of this machine and check if it is worth it for the price. Whether that comes in the actual build, the monitor or some other element of the elliptical, we’re going to check it all out and give our final verdict on it at the end. So with all of that out of the way, let’s hop right into our review of the Precor EFX 427 home elliptical!

The specifications of an elliptical can make or break it. After all, if it’s too big and unwieldy, more people can’t use it. However, if it’s too small and lightweight, it’s more likely to break or shudder around during workouts. Fortunately, neither is a real issue with the Precor EFX 427 elliptical trainer. It weighs 240 lbs (109 kg), which is a nice medium weight. Not too heavy, but also not too light. The maximum weight of the EFX 427 is 350 lbs (159 kg).

In terms of how much room the EFX 427 takes up, it is still a fairly large machine. It’s dimensions are 84 inches (213 cm) long, 31 inches (79 cm) wide and 67 inches (171 cm) tall. So it won’t exactly fit everywhere in your home. It’s also not one of those with a front so tall that you’ll have to worry about it breaking through your ceiling, so it’s a certain trade that pays off. You’ll have to plan where you want it. For those who are worried about not being able to move the elliptical around once set up, there are a pair of wheels on the front in order to make moving it around that much easier.

As for how the Precor EFX 427 elliptical is powered, it comes through a plug. Another aspect you’ll want to keep in mind when looking where to set it up. If you want access to the monitor, you’ll want it near an outlet. In the United States and Canada, it needs a 120 VAC with 50/60 Hz in order to work. To sum it up, the specifications of the EFX 427 are pretty good and should fit most homes.

The monitor has been the absolute highlight in many of our other Precor reviews. It tends to be the element with the most worth in the entire package thanks to a variety of features. While some of these features are still present, some are unfortunately missing. One of the latter is part of the customization that others offer. They allow you to change the language settings to a variety of choices, while this monitor does no such thing. What it does allow (on the subject of customization) is for you to switch between metric and U.S standard measurements when looking at the statistics.

These statistics that are available on the Precor EFX 427 elliptical machine do a fine job of allowing you to see your progress. There are about 12 different statistics that are available by default, including options like calories, heart rate, strides per minute and so on. If you don’t like using such stats, you don’t have to. However, they offer a good way to track the progress of those who do choose to.

But that’s not the end of the features that the monitor of the EFX 427 offers. There are also a series of preset workout programs already installed on the elliptical. While you don’t quite have the amount of options that you might find on something like the 885, you still get a quality 10 to choose from. These can be hill climbs, intervals, cross country and so on. Then you have the basic manual mode to create your own workouts. While it’s unfortunate about the language options, the monitor on the Precor EFX 427 elliptical trainer is still a quality one.

Because ellipticals are so dependent on their stride length and incline settings, it only makes sense that we would examine such options for the Precor EFX 427 elliptical. In this regard, there’s both good news and bad news. The bad news is that there really isn’t any sort of specific stride length adjustments available for this machine. Unlike other Precor models in the 800 series, you cannot actually use the CrossRamp® technology to adjust the stride length. It does still adjust as the incline does, but it doesn’t act as a separate adjustment. This is unfortunate, as it allows you to really get a more natural feel while you workout.

There’s better news in regards to the incline adjustments that are available. Especially in comparison to the Precor 700 series, where neither the stride or incline are adjustable. With the EFX 427, you’ll have the option to change the incline of the stride. Specifically, there are 20 different levels to pick from. You can get from the minimum level of 15 degrees or to the maximum incline level of 40 degrees. This will allow for some variation in the workouts and thus more value to the system.

While it is unfortunate that the individual stride adjustment systems are absent, it does make sense that not every feature of the 800 series is present here. We’re just glad that the incline system is here to add some degree of variation to the workouts available. It makes workouts like the hill climb both viable and worthwhile. It’s not perfect, but it’ll do for the price (more on that later).

The handlebars and pedals are some of the more important aspects that should be taken into account when looking at ellipticals. You’ll be interacting with them the most, so it’s important that they work and work well. With the Precor EFX 427 cross trainer, you’ll find that both do their job to a satisfactory level. There are two pairs of handlebars: one on the inside that are stationary and one on the outside that are moving. The inner pair are nice because they have heart rate sensors on them and give you another way to measure your performance. But it’s the outer pair that make it really worth it. Having a pair of moving arms that allows for a full body workout instantly raises the value that the EFX 427 provides.

The pedals do a fine enough job. They aren’t quite as quality as some of the ones that you’d find on the upper series, but they should fit the vast majority of users in a comfortable manner. It is not specified whether or not they are made from the same polypropylene material that should make it easier to clean. Regardless, it isn’t like they magically get covered in mud every time you step on board, so it shouldn’t be too large of a concern.

Of the two factors here, the handlebars are the highlight. With the heart rate monitors on the stationary pair and the ability to have full-body workouts, you’ll just be able to get more out of the Precor EFX 427 elliptical. The pedals are fine enough and should do the job, but don’t do anything particularly special that makes them stand out from the crowd.

The assembly process for the Precor EFX 427 elliptical machine isn’t too painful. This is primarily down to the quality manual that comes with it (and this quality extends to almost all Precor ellipticals). Even those who are not particularly skilled at such assembly procedures should find it less painful than they might with some other models. We’re sure that you’d struggle to find someone who wouldn’t welcome an easier assembly process on any piece of exercise equipment, much less an elliptical like this.

Normally, the accessories on Precor ellipticals are pretty nonexistent. However, since this is a cheaper model with some missing “main” features, some have been added to make up for it. There are 4 different holders available (1 oversized for water bottles, 2 for phones or TV remotes and 1 for magazines). And… that’s kind of it. We said they included more, but they clearly haven’t included that much more.

Those hoping to find a lot of value being made up for by the accessories will likely be disappointed. It’s basically a bunch of holders and little else. The good news of this section is that the assembly process is much easier than it could have been. Once again, two sides to the EFX 427.

The point where we are most harsh on many of the Precor ellipticals tends to fall right about here. Prices tend to be steep for these machines. It is a similar case with the Precor EFX 427 elliptical, as it costs just around $5,000. This can be split into payments as low as $161 a month, but that’s still a pretty penny for a lot of people. It is nice to see the price dropped for what it is missing compared to upper level Precor ellipticals, but it still is a rather large price to pay for a piece of exercise equipment.

The shipping process shouldn’t take all that long. Just make sure that you do it during a time of year that isn’t overwhelmed by shipping and that there’s no sort of global event that might slow such shipping to a crawl. Then you’ll be fine!

We’re rather conflicted about the Precor EFX 427 cross trainer. It’s cheaper than many other ellipticals in their various series, but it also is still very expensive. Consider that with the fact that it’s missing some of the options in the monitor and elsewhere and it becomes harder to recommend. It’s still a very good piece of equipment, and if you can find it for a cheaper price we can fully recommend it. However, at the base $5,000, it becomes much harder to truthfully do so. 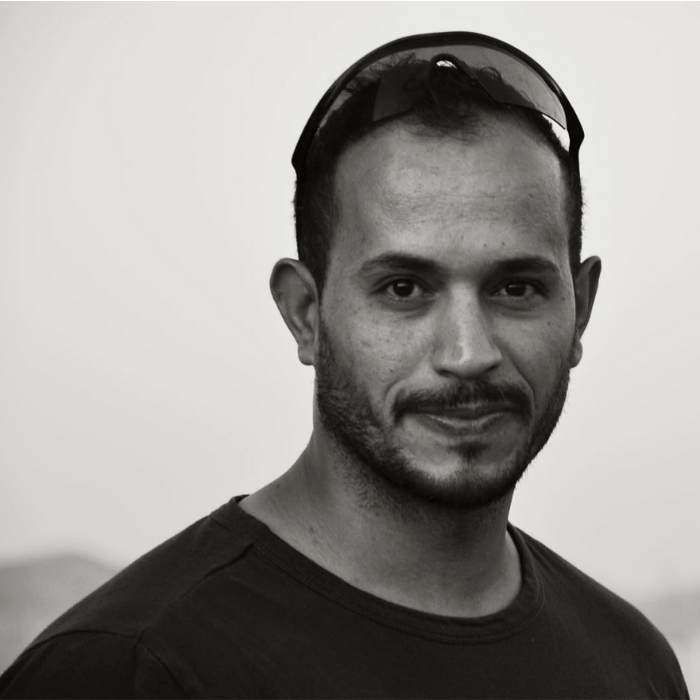 Hi, I am Sayed, I am one of the editors of this website and the founder of a European based fitness equipment brand (Rock Fitness Pro). BEMH is run by three powerful and dedicated teams of athletes, passionate about providing our readers with all the best and most up-to-date advice on all areas of the fitness lifestyle. Our three separate teams include: Indoor Cycling Experts, Indoor Rowing Experts, and Elliptical Exercise Experts, they are based in the United States, Canada, United Kingdom, Australia, and Italy.

How to Select the Right Settings for Your Elliptical Workout

What is an Elliptical Trainer and How to Use it

The Most Complete Home Gym Machines in 2022

BEMH is a participant in the Amazon Services LLC Associates Program, an affiliate advertising program designed to provide a means for sites to earn advertising fees by advertising and linking to Amazon.com.